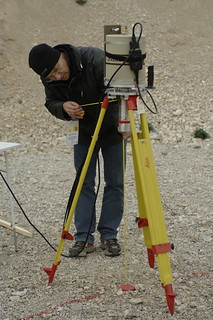 On the trail of Gamma rays: scenes from an international radiation measurement excercise held in Wiener Neustadt, Austria on 16-20 April 2007. The exercise saw the participation of 169 experts divided in 57 teams coming from 23 countries as far apart as Australia, Israel, Canada and Iran. In addition, over 120 personnel from first response teams received training, while some 20 observers attended the event with the aim to learn from the exercise. The exercise was organized by the Austrian Research Centres in cooperation with the IAEA and the Austrian NBC Defense School of the Austrian Army. (16-20 April 2007, Tritolwerk site, Wiener Neustadt, Austria)

Send Us A Message. Ask us anything.